Tell is who you are and what you do?

I’m Jameson Nathan Jones (Nathan to my friends), a 28 year old composer/pianist/organist. I’m still very active in the Classical scene since all my training is Classical, but for the last couple years I’ve been exploring Neo-Classicism and Ambient styles.

Which part of world are you from and what’s so good about it?

I’m from a small town in Mississippi called Laurel where my wife and I still reside. It’s a peaceful town with some really wonderful people. Being outside of a major city presents its own challenges, but it’s also easier to focus on writing without all of the hussle and bussle. Plus, thanks to the internet, there are so many opportunities that simply didn’t exist a few years ago. I’ve been able to work and collaborate with some amazing people. It’s a beautiful thing.

How did you get started in composing?

Growing up as a young pianist, I always knew I wanted to write my own music. While I was studying piano performance at The University of Southern Mississippi, I had the chance to study composition privately with Italian/American composer, Luigi Zaninelli. I learned so much about the fundamentals of harmony and melody that I don’t think many young composers are exposed to today. It’s so tempting to learn technology and programing without ever considering if your musical idea is effective when stripped away of all the production. There’s certainly a place for that, but there’s still nothing that moves me like an infectious melody or fresh harmonic progression.

While I was in school I became really interested in writing music for films. I bought a good computer, a DAW, and some samples and started teaching myself how to write “imaginary” soundtracks in a cinematic style.

Do you record live instruments much in your compositions, tell us about an instrument you love to record and how you do it?
I use live instruments as much as I possibly can. I obviously do quite a bit of close piano recording, but I also have love to track the massive pipe organ in my church. I serve as organist at First-Trinity Presbyterian here in Laurel which happens to have one of the finest organs in the area, so when it’s in tune I love to mic it up and work it into a track. Sometimes I even stick a mic into the wind chamber and record the noise to chop up later and use as percussion in a track. Of course, like any Neo-Classicist, I love strings and often work with players that I went college with. I’ve also caught the hardware synth bug in a major way, so as my collection grows they will become a larger part of my music. I love my 1975 Rhodes Mark I, and like to find interesting and unconventional ways to sneak her into a track. Sometimes I bang on various parts of my piano for percussive sounds and stress relief.

Do you listen to alot of music? where do you find new artists/composers?

I listen to as much new music as I can. I’m pretty active on Soundcloud. I’ve found so many incredible artists there just by cruising through recommended tracks. I’m even collaborating with some of the people I’ve met there who I now consider good friends. Blogs, like this one, and some Youtube channels are another great resource for discovering talented artists.

Tell us a bit about mixing and mastering, how do you get to the stage that you’re happy with your final mix?
I knew nothing about mixing and mastering until I started experimenting with film music a few years ago. I was much more comfortable on stage with a grand piano and a Beethoven sonata than I was behind a console (or in my case a computer monitor). It was a bit of a learning curve, but it’s so interesting and exciting to me that all the hours spent don’t seem like hard work. I’m still learning something new with every new mix, so I’m not sure I’m ever totally happy with one because I know there’s always something I can do better. I really enjoy the process though. YouTube is full of masterful mixing engineers who are sharing incredible information. I would recommend Graham Cochrane of The Recording Revolution if you’re on a budget and looking for a place to start.

I recently wrote a series of three short piano pieces that I’m going to be releasing for Piano Day on March 29. I’m really excited for them because they allowed me to get back to my roots a bit – just me, a piano, some interesting harmonic movement and melodies – all done in one take in the beautiful sanctuary at First-Trinity. I have a collaboration with a very talented singer/songwriter/producer from New York, Hannah Sumner in the works that I can’t wait for everyone to hear. I’m also putting ideas together for an album that I plan to release later this year.

Favourite composers, producers or DJs at the moment?

Prokofiev, Ravel, Faure, and Rachmaninoff are favorites. In the world of film/tv: Bear McCreary comes to mind. His Battlestar Galactica soundtrack played a major role in my desire to write to picture. I love the work Johann Johannsson is doing these days. Olafur Arnalds really opened up the world of modern classical music for me. While I would still one day like to work on films, Olafur was really influential in getting me to realize that I could create this style of music as a solo artist rather than only hoping to be picked up by a director for a film. I’m currently listening to a shoegaze/post-rock group called the Faunts a lot (Mass Effect fans know what I’m talking about).

Any words of inspiration for people reading?

If you have something that you really want to do, do it now and figure out how along the way. Don’t wait around until you’re ready or you’ll be waiting forever. Ultimately, you have to make music because you love it and because it means something to you personally. If other people appreciate it once you start putting it out there, that’s just a bonus. I feel like if I start trying to pander to what other people want I end up frustrated, and I think people can sense when something isn’t genuine. If I write something I truly love, I still have the joy of what I’ve created regardless of whether it is accepted or rejected by the mainstream. To me, that level of honesty is what art is all about.

How can people find out more about your work?

People can find me in all the usual places. All my latest music is on Soundcloud. I post a lot of studio updates on Instagram, and previews on both Instagram and Facebook. I have some performance videos on my YouTube channel, and on Twitter I basically just quote “The Office” all the time. I also have a website where you can sign up for my newsletter and hear about new releases or send me an email if you’d like to chat!

I’d like to thank the folks at Spaces FM for the opportunity, and for the great service they do for both music creators and listeners. There’s lots of new music in the works for the rest of 2017! I’m really excited to share it with all of you! 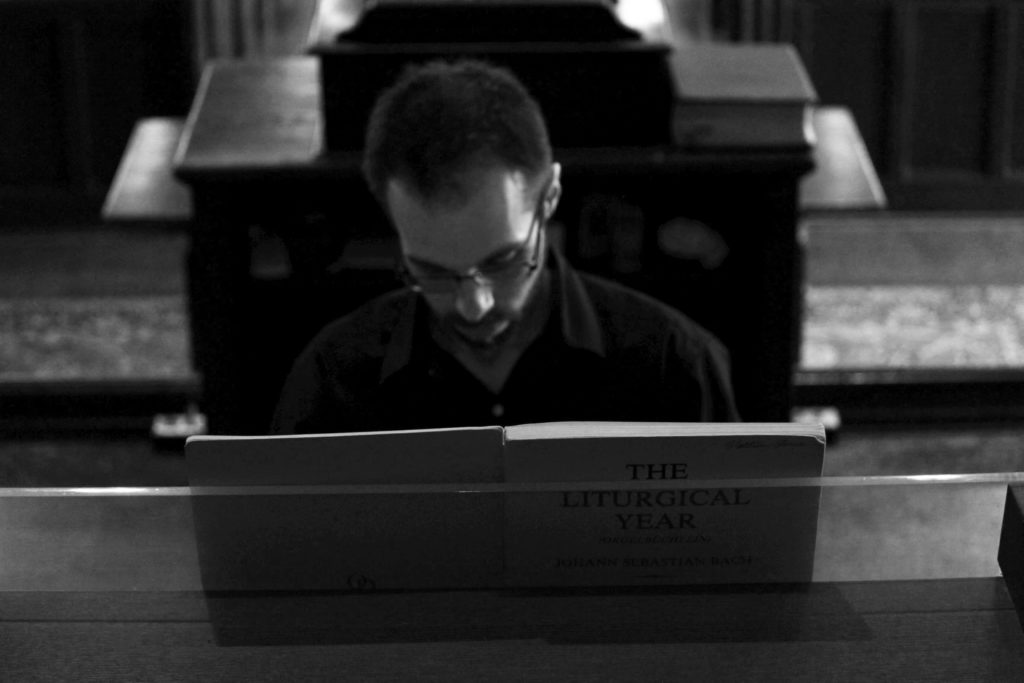