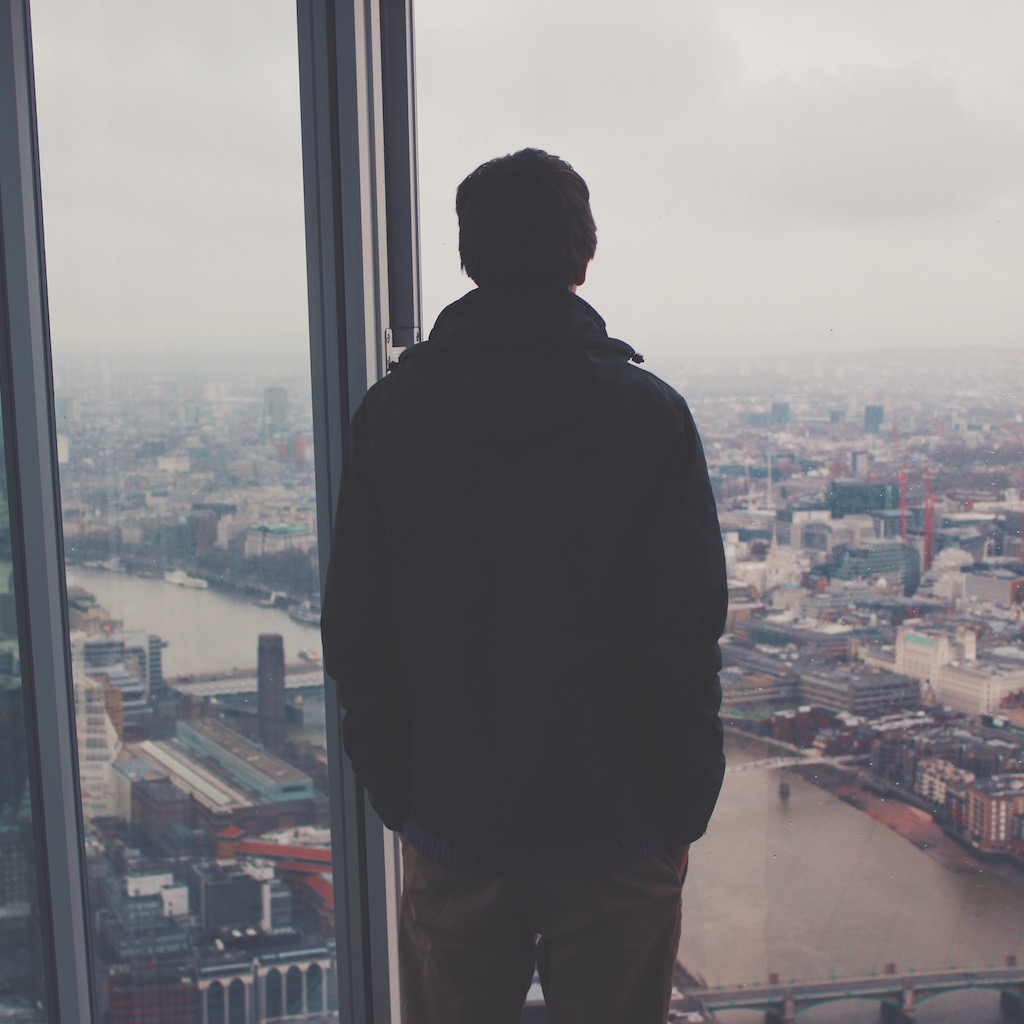 James is a multi-instrumentalist and composer hailing from Bristol. His compositions are layered, expansive and bring film and media to life. He’s part of a the new generation of composers pushing the boundaries of soundtrack and film score composition. We asked him a few questions, his answers are below.

Tell us who you are and what you do?

Which part of the world are you from and what’s so good about it?

I’m from Bristol in the UK. I love the countryside but I also love the city and Bristol seems to be a nice blend of the two…lots of green open space and old architecture. It’s a really inspiring place to live and work.

How did you get started with all this?

I’ve grown up in a musical family so music has always been a big part of my life, and I’ve been playing piano and drums by ear from an early age. Around the age of 12 I was actually doing a lot of filmmaking, and I remember this one time a filmmaker on YouTube put out a video featuring a custom score. I loved it and was inspired to begin writing my own music for my films. The early results were pretty shocking, but soon after that, my school transformed the prayer room into a room full of Macs and music tech gear. I spent pretty much all my spare time at school up there, mainly messing around with loops in Garageband for the films I was making at the time. Over time, I began using loops less and eventually made the transition to Logic. I always used to struggle finding people that would want to act in my films, and I soon realised that I culd compose pretty independently, even though it sounded like I had a whole orchestra playing. I’m quite introverted so I think that’s one of the attractions for me – I don’t do a lot of filmmaking anymore. I’ve been writing music on Logic for about 4 years now, and all the time I’m working on refining my skills and expanding my collection of equipment, and learning as much as I can about what I love doing most.

Do you record live instruments much in your compositions? Tell us about any techniques you use.

I try to use live instruments in my compositions as much as possible. One of my favourite instruments is the cello, and my friend Chris Coleman has recently been doing a lot of remote solo cello recording for me. He’s fantastic at what he does and I’m always seriously excited to hear how his recordings sound when I mix them in with the rest of the track. I also own an electric guitar – it’s tuned to a chord, I’ve broken three of the strings, and most ridiculously – I play it upside down and the wrong way round. Despite my complete incompetence as a guitarist I find running it through NI Guitar Rig can create some really interesting textures. Aside from that, I try to track other bits and pieces here and there when I have the time and budget – even just a single live recording can really boost the overall realism of a track and breath into it in a way that samples can’t. 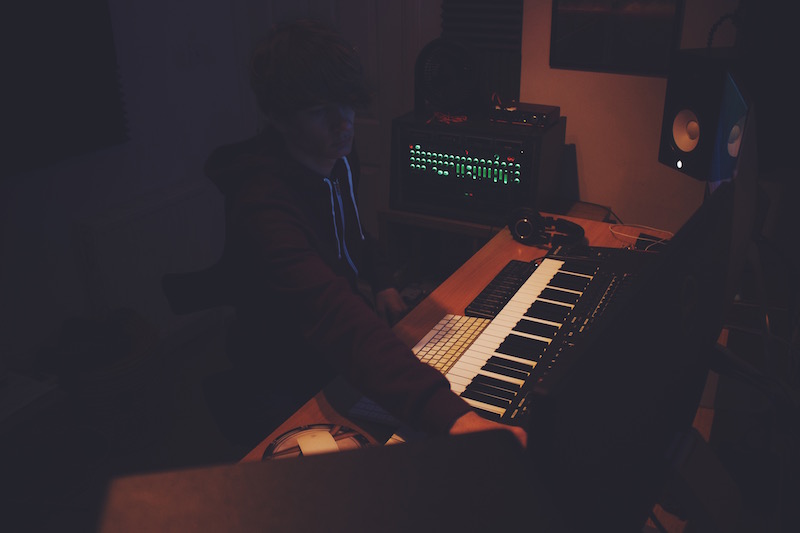 Do you listen to much music? Where do you find new listening material?

I think Soundcloud is a fantastic platform for discovering new music – I regularly find myself stuck in the trap that is ‘recommended tracks’ for hours. I find that there’s always inspiration there regardless of the style of music – for example just a small element from a DnB track can be incorporated into a cinematic track – and that’s why I listen to a lot of different music from a lot of different genres and generally try to keep my taste in music broad, rather than listening to cinematic music explicitly.

Tell us a bit about mixing and mastering – how do you get to the stage of being happy with your final mix?

I suck at mixing and mastering – it’s my weakest area by far and I always feel way out of my depth whenever I even think about it. Ironically, I find that mixing is an incredibly personal process and I could never let anyone else take control unless I was right next to them in the studio, as I believe the mix of a track has the ability to completely change the feel and sound of a track. I mix with levels and EQ as I go as I like to be able to hear how the full sound of the track will generally be at most points throughout the composition process. When I’ve finished composing, I tend to spend a ridiculous amount of time replaying the track and fine tuning everything to get to the point where I’m happy with the mix, and this to me is a point where I can hear all the elements of the track clearly enough and there’s a good range of frequencies and warmth in the overall sound. I’m pretty awful at mastering as well, but I essentially use mastering to ‘glue’ the track together and get it louder.

Because I’m still in full time education, I don’t have as much time to work on bespoke scoring as I’d like to, so I’m writing mainly library music at the moment. Over the summer I had the opportunity to go out to Los Angeles and spend time with the team at The Bleeding Fingers, Extreme Music and Remote Control Productions in Santa Monica. While I was out there I met Hans Zimmer and had some great conversations which were really inspiring in terms of my growth as a composer, so I’m excited to continue my relationship with Extreme over the coming years.

Favourite composers, producers or DJs at the moment?

One of my favourite composers is Harry Gregson-Williams – his scores for Narnia are pretty much my favourite soundtracks out there. I do love listening to cinematic music – for example Thomas Bergersen is a huge source of inspiration for me. Actually, right now I’m listening to a lot of Porter Robinson and Madeon. There’s something really cinematic about Porter Robinson’s music in particular…I find it really refreshing to hear that in a completely different style of music to what I’m used to writing.

I honestly have no clue – it’s hard to predict what I’ll be doing 5 years from now. I have some projects I’m really excited about in the pipeline though and I’m looking forward to getting my teeth into some of them a bit more when I’m done with school and have the time to really focus on music.

Any words of inspiration for people reading?

I’m young, and I definitely have a ton more to learn and always will do. I’ve been producing music for a relatively small amount of time, so it feels weird giving out words of inspiration – especially when I know people listening that are much older than I am and produce music that I have a huge amount of respect for. I guess my main advice, as cliche and as simple as it sounds, would be to keep working hard and writing music. The truth is, there’s no quick formula to get people to listen to your work. If you keep writing quality music, learning, connecting and progressing in this way, your music should begin to speak for itself. That’s about all I have to say!

How can people find out more about your work?

I post all the music I can on Soundcloud, and I’ve recently been experimenting with some livestreaming stuff on Periscope and on my Facebook page which has been interesting. I’m a pretty big Snapchat user too, and post a lot of previews and clips on there. I’m on Twitter, Instagram, Facebook and all the usual stuff…my usernames are all @jteveringham. Feel free to say hi!