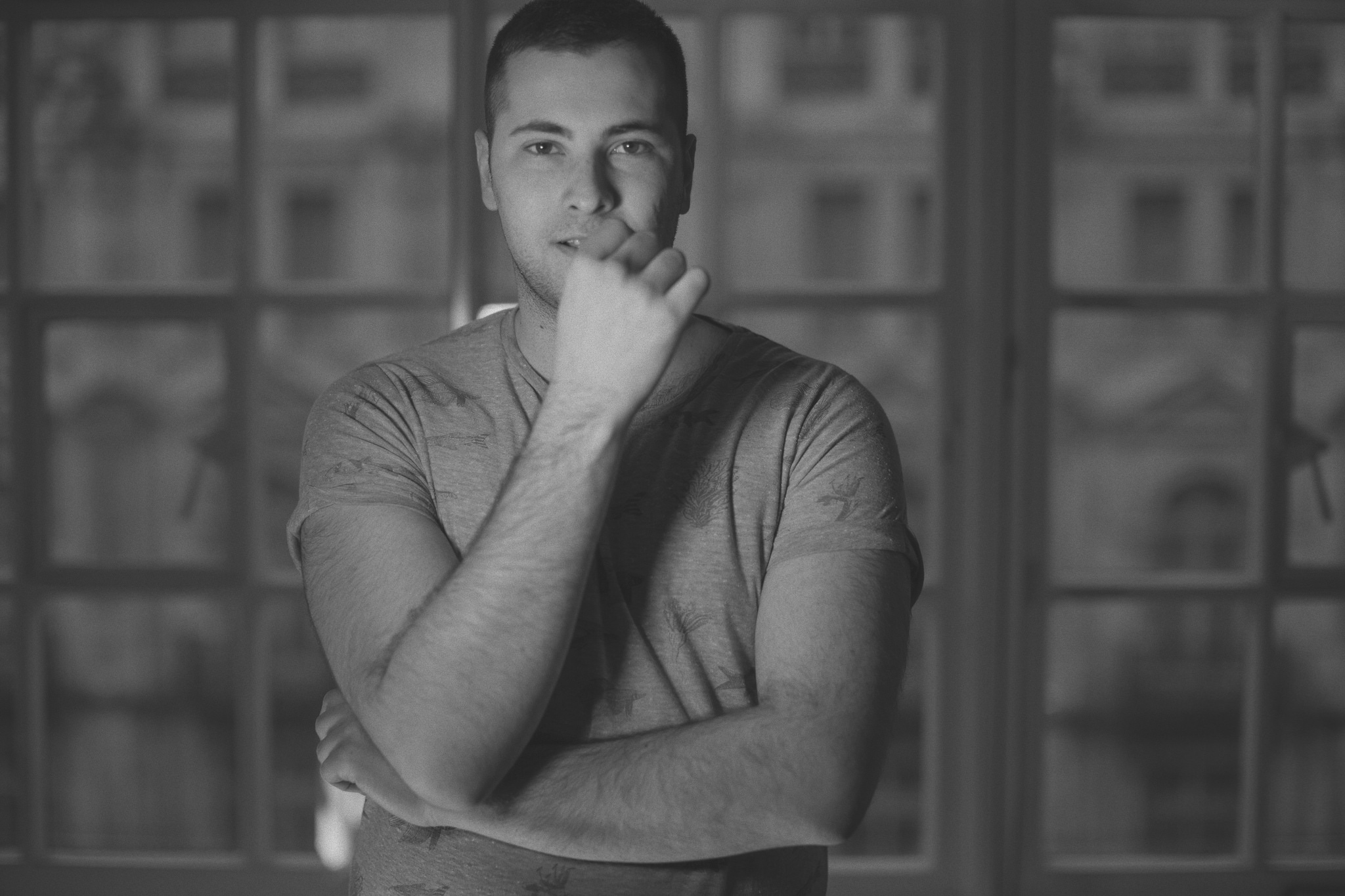 Tell is who you are? Tell us what you do?
My name is Dexter Britain. I compose music for use in film and television, sometimes I write specifically for content, but mostly I like to create albums based on stories or ideas I imagine myself.

Which part of world are you from and what’s so good about it?
I’m from Hertfordshire in the UK. It was a quiet place to grow up but had quick access to London to get the best of the suburbs and capital. Now I live on the coast which is a pleasant change. The pace seems slower and the atmosphere in the sun is gorgeous. London always feels like home though. Having only lived there for a year, the melting pot of society and culture is enthralling.

How did you get started in composing?
I’ve always been musical, and from before I was a teenager I wanted to be a soundtrack composer. When I was 15 I began writing music at home, posting it online to Myspace. I went through a phase of wanting to make pop songs, so I pursued electronic music for a little while. By the time I was 22 I knew that more classical/ orchestral music was my forte and I followed that. I began posting new soundtrack inspired music online under Creative Commons and eventually I was noticed by a couple of blogs who set my career rolling.

Do you record live instruments much in your compositions, tell us about an instrument you love to record and how you do it?
I am yet to record any instruments live. The dream is to record a full orchestra, but for now I am planning a session with a string quartet and piano, and some solo cello work.

Do you listen to a lot of music? where do you find new artists/composers?
Music is constantly playing. I listen to countless hours each day. Everything depends on mood as I listen to pop and electronica, to classical and soundtracks. I often find myself deep in the a YouTube rabbit hole. Lately this had led to Ukrainian pop and French electro.

Tell us a bit about mixing and mastering, how do you get to the stage that you’re happy with your final mix?
To be honest, I am never happy with the mastering of my tracks. My mixing and mastering skills definitely leave something to be desired. However, I do listen to a track on multiple speakers and headphones to make sure that the sounds and the emotion is still conveyed in the way I originally intended, even though the overall finish isn’t as polished as I would want.

What’s the latest exciting project you’re involved in?
I was very happy to be placed in the new project by L’Oreal and The Princess Trust. The projects aim is to promote self confidence and features some famous faces including Helen Mirren. At the moment I am working on my first short film project that will be the basis of my summer release. It’s effectively a complete soundtrack album, with a short film presenting the emotional content of the music.

Favourite composers, producers or DJs at the moment?
I’ve been enjoying Lorde’s new single, and Lana Del Rey (plus too much pop music, it’d be embarrassing to say). I like to listen to the playful scores of Johann Johannsson, Rachel Portman, and Thomas Newman.

Any words of inspiration for people reading?
I spent a decade trying to make it in something I have no knowledge of, and no experience or education in. Took a bit of time, but finally I was able to make it happen for me. There is always a way, but the age old formula of sacrifice, hard work and perseverance are key. In this instant age there is more competition for everything than ever before, but with that comes new opportunities.

How can people find out more about your work?
My website (dexterbritain.com) has all my current releases and information, but my
Soundcloud is where I post new music that is not yet released (soundcloud.com/ dexterbritain)