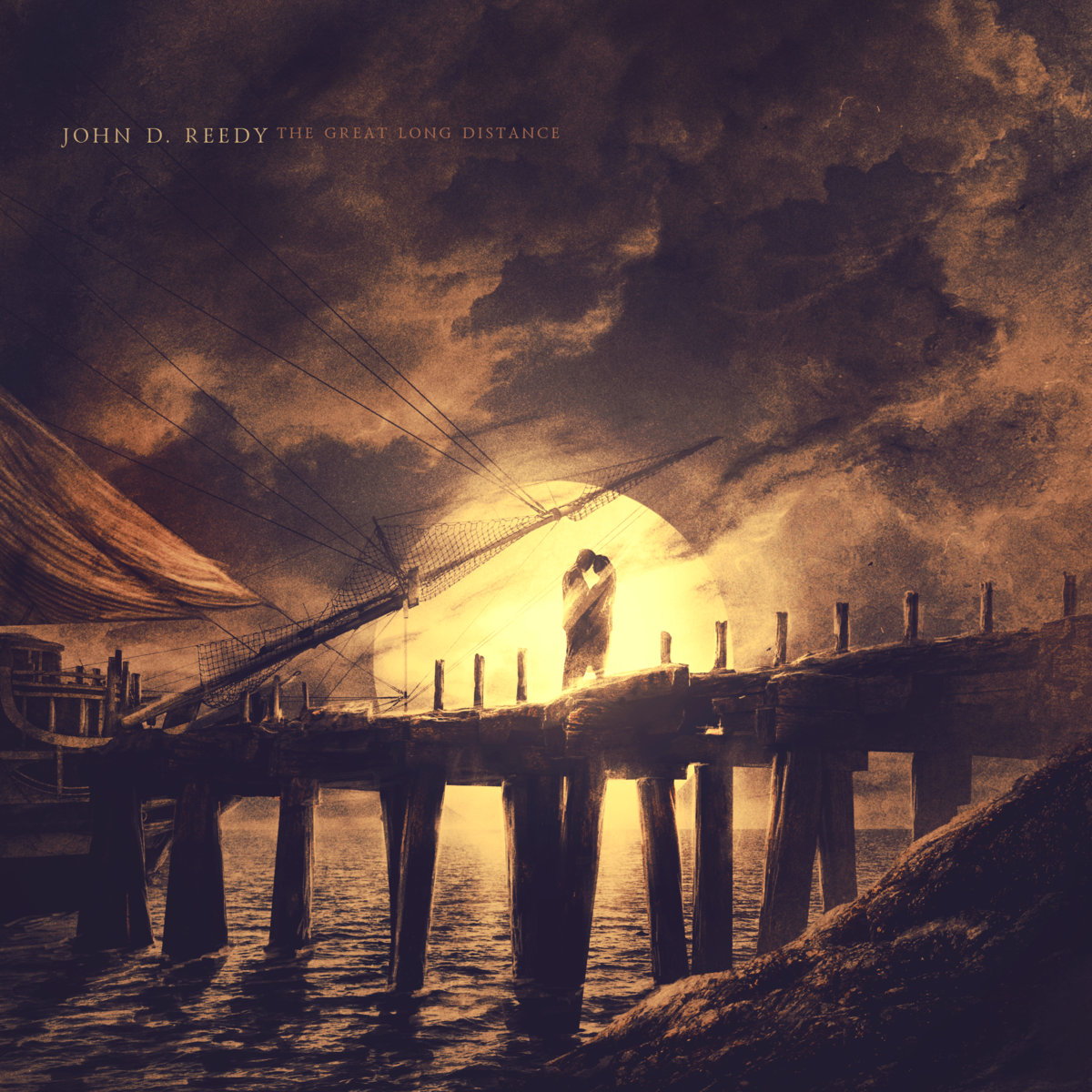 In his new album, London-based composer John. D. Reedy has used his multi-instrumentalist background to create a mosaic of human emotion. “The Great Long Distance,” is a musical account of the first twelve months of a long distance relationship. Each track on the album reflects each month’s experiences, and the album therefore has its most profound effect when heard sequentially from beginning to end.

This album takes listeners through both the ups and downs of the human experience. Reedy’s ambient composition style engulfs us, creating a cocoon of sound that allows listeners to absorb every emotion the music exhumes. His album is a series of contrasts that inadvertently comment on the complexity of love, and at the album’s end, invoke feelings of having completed an emotional journey. The tracks contain emotional highs and lows, tension and release, flowing movement and stagnant repetitiveness, and distress and peacefulness.

“The Great Long Distance” uses blending effects to create a flow of emotion that both surrounds and moves through the listener. A fantastical and surreal element characterizes this album. Rather than distinct instrumental parts, each musical element bleeds into the others, impressing upon the listener a feeling that mimics the flow of time as Reedy moves between months.

Reedy’s opening tracks establish a sense of longing, but also positivity and hopefulness. His second and third track, “60 Days” and “30 Days,” are the most interconnected pieces on the album and seem to be a countdown until the two will be together again. A repeated motive that carries throughout both tracks induces feelings of anticipation and uplifting optimism. Yet, Reedy’s hopefulness soon turns to a darker shade during the middle months of the album. His fourth track, “Heathrow/Stansted” gives us insight into the beginning of an extended descent into darkness, depression, and anxiety. There is a slight hesitation or delay on many of the anticipated down beats of this piece, almost as though the music is lagging, or dragging a heavy weight while trying to move forward. The continuous flow that bridges the gaps between months has been hindered by the weightiness of this piece. As the track ends, we are left with a permeating feeling of loneliness, as all accompanying instruments fade out to leave a solo piano playing in what sounds like a large, empty room.

Many months on the album are coloured with this dark quality. It is in Reedy’s ninth track, also titled “The Great Long Distance,” that the weighted element of the music peaks in its intensity. It becomes apparent that the distance between the two lovers has taken a toll on the composer’s spirits. Heavy, solid block chords create imagery of carrying a burdensome weight. Reedy uses the same musical motive throughout the entire piece, and this combination of monotony and heavy weighted chords dampen our spirits even further.

Towards the end of the album, the darkness begins to subside in small increments. During the tenth month, Reedy presents hints of hopefulness and light that contrast greatly with the somber mood we hear in his ninth track, “The Great Long Distance.” There is less stagnancy in this track, and the continuous, unhindered movement of the music has returned. As we move forward into “We Remain,” Reedy colours his music with peacefulness, warmth, and happiness. The tension, or the distance between the two lovers, has finally seemed to subside. There is once again anticipation, but now without the accompanying feelings of anxiety and despair. By the twelfth track and final month of a year apart, a feeling of being surrounded by peacefulness and beauty is present, as choral voices uplift and relieve us from the somberness of previous months. The darkness has finally dissipated, and what previously felt like a burdensome, enveloping cloud, is now pure warmth and blissful lightness.

Overall, this album is a surreal and dreamlike experience. Through his ambient style, Reedy has created a continuous flow of emotion that carries us through the ups and downs of time spent away from a loved one. We begin the album with hopefulness, descend into a cold darkness, and finally emerge into warmth and contentedness. This album is a story, one that will likely resonate uniquely with different listeners. While there is a sense of completeness at the album’s end, one can’t help but wonder what musical elements would have coloured Reedy’s thirteenth month.

Shannon is a music enthusiast from Canada. She studied classical guitar in university, but her tastes also extend to other genres including jazz, folk, popular, and film-score music. Having experimented in composition herself, she enjoys exploring the music of other artists and sharing her listening experiences through writing.