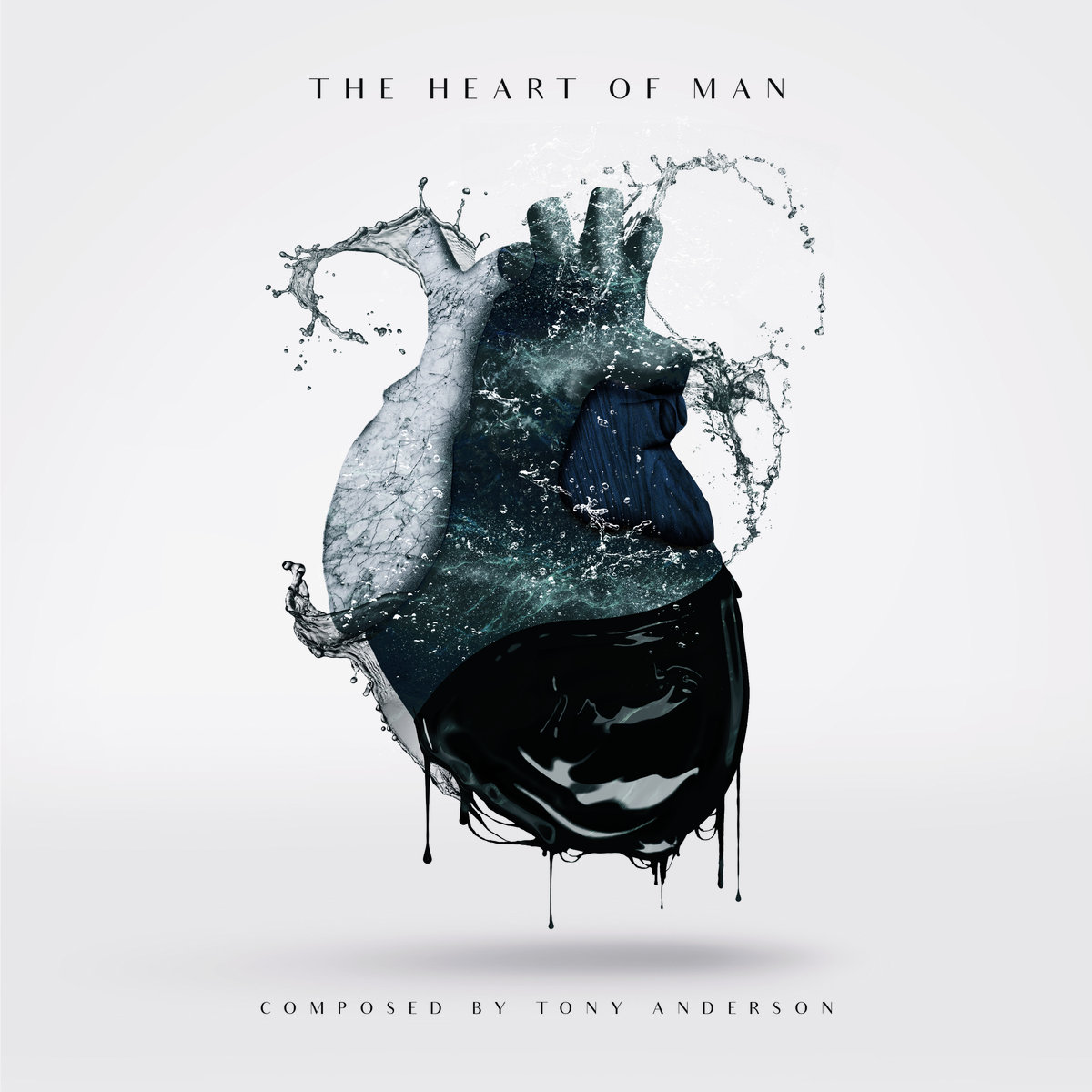 Does religion matter in music if there’s no words? This is a question raised by listening to The Heart Of Man, the latest movie score by self-described ‘sonic architect’ Tony Anderson, which soundtracks a documentary he has played a huge part in bringing to life. The Heart of Man is apparently ‘a film about Jesus engaging men in their sexual brokenness’, which may or may not be the kind of thing you would necessarily be interested in seeing, but does that matter when it comes to the music?

For his part, Anderson says: “These songs are the heartbeat of God for our hearts – especially for those who hate him and want nothing to do with him. He will love you through this music.” Whatever your feelings about religion, the power of music to uplift and soothe our souls is something we can all agree on, and that is what The Heart Of Man is attempting to do for those who are only hearing the music on its own.

And it succeeds. Whether or not you feel that there is a God moving through you as you listen to it, you will feel SOMETHING, because Anderson is an incredibly talented architect and has poured his heart into this score. So even if you never watch what does sound like a powerful and emotionally intense documentary, there’s plenty of reasons to listen to its score and keep coming back to it again and again.

Given the subject matter, it’s no surprise that The Heart Of Man has some darkness in the form of tracks like Delusion, which has moments of bludgeoning force and hints of menace, but even here Anderson finds reason to hope, with the darkness eased out as it goes on, replaced by uplifting strings. Quite often, his use of strings is reminiscent of Ramin Djawadi’s work on Game Of Thrones, albeit with more gentleness and fewer dragons here.

Anderson’s first film score, Finding Home, was an understated and hugely emotional piece of music, scoring a documentary about victims of sex trafficking. Like The Heart Of Man, it was music for a difficult subject, which needed to be moving and sensitive, and it was also a learning process for the sonic architect. You can hear some of the early footprints of this new music in what he did for Finding Home, but mostly lacking the more epic flourishes, which are perhaps a sign of growing confidence in scoring.

Something he mentions in a blog about the process of scoring Finding Home is the need to ‘support the story being told – not to create memorable music. I had to fight this tendency with each scene I scored…I wanted to write music which sounded good – music people would enjoy.’ This may have been a concern for him back then, but with The Heart Of Man, he’s certainly managed to create an album that stands up as memorable music even without the visuals.

Anderson supports his movie score work by licensing his music for use in ads and trailers, which means he knows a hook when he hears one, and right from lush opener No Place On Earth, he sets out his stall with music that gently grabs your attention and finds it’s way to your heart. The real magic starts midway through Face Of The Father, when the strings strike up a theme that would sound at home in any big budget movie score. Moments like that make you think that Anderson could easily become a household name (at least in the movie music world) if the right ears fall upon his work here.

Which brings us back to the issue of religion, which is something that is clearly hugely important to Anderson in his life and work. The movie that this music has been done for won’t be to everyone’s tastes in terms of the overt messages it’s aiming to get across, but none of those are found here. All that matters here is the sonic architecture, which is stirring and beautiful. If you can find a religious experience in it, all the better, but whoever you are and whatever you believe, this score will get to the heart of you.

James is a music fanatic and father of two who spends most of his spare time listening to or writing about music and dreaming of going to all the gigs he can't afford to go to anymore.