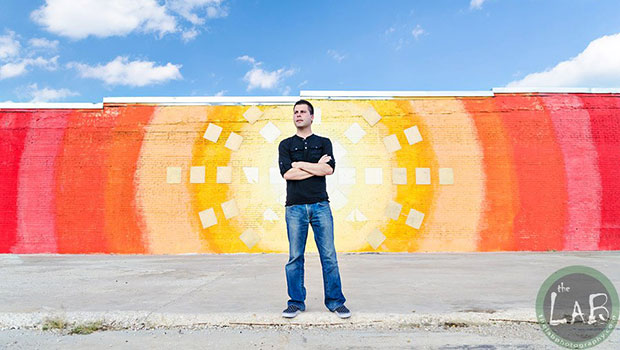 Rick Tedesco provided a Prog Breaks mix for Cinematics on spacesfm if thats not enough he gave us a quick interview too.

Although a longtime fan of electronic music, it wasn’t until 2008 when Rick finally got involved in this wonderful art. Like most, Rick began mixing tracks in his bedroom until he was confident enough to begin posting his mixes. In 2009, Rick’s mixes caught the ear of Leigh Stone who ran a 4 hour mix session every Tuesday night on Kick106.co.uk. The rest is pretty much history. Since then, Rick has had several guest mixes air on stations such as Kick106.co.uk, Twistedenergy.co.uk, NSB Radio – Llupa’s Disc Breaks Show and Pure.FM just to name a few along with several live gigs in his home town of Dallas, Texas. The majority of Rick’s internet and guest mixes would be classified as deep, melodic, progressive breaks; however during his live shows, he tends to venture out into a more aggressive style exploring the darker side of breaks mixed with bits of electro and progressive dubstep, all dependent upon mood, atmosphere and occasion.

In November 2010, Rick picked up FL Studio and began to work on production. Over the next year, Rick was piecing together hardware and software for his home studio while constantly working on learning the ropes of production. Rick began to seek music/production lessons from Evan Arnett (The Emissary) and it was at this point in time through his lessons that everything finally began to make sense. The constant hard work and dedication paid off in March 2012 with his first release “Essence” which was picked up and signed by Mistiquemusic. Rick currently has new releases from Mistiquemusic, OLD SQL REC and Break Wind Productions which will hit stores in November and December of 2012.

2012 has proven to be a great year, but this is only the beginning as Rick has only just begun to get his feet wet…

Interview:
Any thoughts behind your track choice and placement for your mix?
“For this mix in general, I wanted to utilize deep, melodic, atmospheric and progressive breaks with a bit of a pyramid shape and form. I wanted the mix to start slow and deep and gradually move towards a more progressive and aggressive territory, then gradually wind back down.”

What’s the latest exciting project you’re working on?
“Trukers and I just finished a remix for the band The Panic Division, which is a rock/electronic group. The stems were super fun to play with and it was a bit different molding a rock song into a progressive breaks track. All and all, we are really happy with the end result and the feedback has been great.”

Favorite composers, producers or DJs at the moment and why?
This is a hard one as there are so many talented artists out there… I would say BT, Trukers, Beta, Clandestine, Under This, Schodt, Geon, Abdomen Burst, Colombo and many more. As for why, well these artist all have signature styles of electronic music and to be honest, they were the first to come to mind.”

Any words of inspiration for the people out there?
“Do what you love and love what you do!”